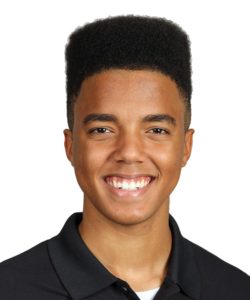 Tell us about where you grew up and your family background?

I was born at Northside Atlanta Hospital and lived in Stone Mountain until the age of three when my mom married my stepdad and we moved to Jefferson, GA. There were a couple years where we lived Birmingham, AL, but when I was 8 we moved back to Jefferson and we lived there until I was 16 and from there moved to Lawrenceville. My mother raised me with the help of her parents for my first three years. Then she married my stepfather, who I’ve always regarded as my dad, and they had five children. Except for a few months in kindergarten, my mom has always homeschooled all of us.

From middle school onward, I have been an avid reader of books from the Lord of the Rings trilogy to the lives of the saints (my favorite of which has to be A Story of a Soul). From a young age I have had a great love for music. I must however say that my favorite type of music to play on guitar and to listen to is folk rock. When I was 13, I began making stop-motion videos and in the past couple years I have begun filming some live action mini movies, which is something I have come to enjoy. Concerning sports, it has only been in the past several years that I have taken up the sport of cross-country and only since being here at seminary that I have gotten into ultimate-frisbee. However, I have always loved playing and watching soccer, and have always rooted for the Georgia Tech Yellow Jackets.

One of my favorite scriptures has to be “He who dwells in the shelter of the Most High, who abides in the shadow of the Almighty, will say to the LORD, “My refuge and my fortress; my God, in whom I trust.” For he will deliver you from the snare of the fowler and from the deadly pestilence; he will cover you with his pinions, and under his wings you will find refuge; his faithfulness is a shield and buckler. You will not fear the terror of the night, nor the arrow that flies by day, nor the pestilence that stalks in darkness, nor the destruction that wastes at noonday. A thousand may fall at your side, ten thousand at your right hand; but it will not come near you.” (Psalms 91:1-7) This is one of my favorites because I first really listened to it at my first Quo Vadis retreat and it sent chills up my spine. Reading Psalm 91 helps me to really reaffirm my resolve to stay close to the LORD even when times are hard and all seems lost.

My favorite saint (besides the Blessed Virgin Mary and Joseph, the Foster Father of Jesus) has to be St. John Berchmans. I found many other similarities between his life and mine. For one, he was the eldest of five children and I am the eldest of six children. Second, he loved serving as an altar boy and would even walk several miles everyday to serve at Mass. Though, it does not take longer than three minutes to walk to Mass here at seminary, and I would travel the distance to Mass by car back at home, serving at the altar during Mass has been and continues to be a very strong part of my discernment process.

I have never been very good at abbreviating my vocation story, but for some reason I had no problem writing my ten-page autobiography for my application to seminary. It all started back in A.D. 2009 (when I was 9) when I began to think of the priesthood as my possible vocation. Though my understanding of the desire in my heart was grossly undeveloped, it was there none the less. When I was 13 I began altar serving at my parish in Jefferson, St. Catherine Laboure. This was probably one of the biggest attributes to my vocation story, as it was through serving at the altar, serving the priest, and assisting my fellow servers that my desire for the priesthood developed. Not more than a year after my family became parishioners of St. Monica in Duluth, I was advised by the pastor, Fr. Jack Durkin, to attend the summer Quo Vadis retreat. It was there that I met some of the Atlanta seminarians and first prayed the Liturgy of the Hours. Later, in 2016, because of the advice of the priest who I first began serving with at Mass, Fr. Tom Zahuta, I met with the vocations director of the archdiocese, who was Fr. Tim Hepburn at the time. Fr. Tim told me that I should consider going on the “Come-and-See” in November of that year to St. Joseph Abbey and Seminary College in Louisiana. Unfortunately, I fell ill the day before the “Come-and-See” started, and was not able to attend that year. It was in April of 2017 that I finally went. The fraternity of the seminarians and the way their schedule was centered around prayer, work, and time with each other astounded me. That weekend was the last nail in the coffin and was what made me make the final mental decision to fully rely on Christ and go to seminary. However, it was not until October of that year that I finally began applying. I was accepted by the archdiocese and here I am now.

Seminary has been an amazing experience for me! Seminary is the place where you grow and become a man of God. The transition from homeschooling to seminary was honestly not that hard and I am greatly thankful to my parents for that, especially my mom. It is difficult being over 400 miles away from my family and my home state. However, I am able to keep in contact with my family and friends and my Atlanta seminarian brothers here (along with my Savannah seminarian first-cousins once-removed ?) have greatly helped with the transition here. Being able to walk to four different chapels has been a great blessing and has been a great help when I just need to bring everything to God. My professors are great, most of my classes are pretty good (though all of them are definitely necessary) and the faculty and staff are devoted to helping me to discern my vocation and become a man of God.

What I look forward to the most about being a priest is the sacraments. Offering the Holy Sacrifice of the Mass is definitely on top, the second being giving absolution in the sacrament of Confession. I strongly desire to be a leader in the Church militant and to lead the faithful to do battle against the world, the flesh, and the Devil.

My advice to other men is to never discern alone! I once made the mistake of trying to discern alone, it did not end well. As St. Bernard of Clairvaux said “Anyone who takes himself for his own spiritual director is the disciple of a fool.” There are times in your discernment that will call for solitude. But it is not true solitude, for you must always keep yourself united to Christ. Go to daily Mass, start praying the Liturgy of the Hours, find yourself a good and wise spiritual director, gather around yourself faithful Catholic men of like mind, go on a retreat or a “Come-and-See”! Keep strong, do not let the Evil One get ahold of you! Entrust yourself to Mary, cling to her and she will not let you go!