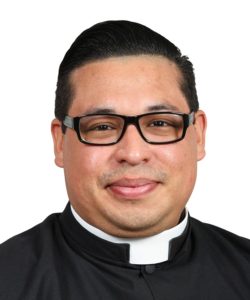 Tell us about where you grew up and your family background.

I was born on April 21st, 1995, at the Gwinnett Medical Center located in Lawrenceville, Georgia. I’m Mexican American and my birth parents are Jose Dolores Salazar and Sofia Martinez. My dad is from San Luis Potosi and my mom is from Zacatecas and Aguascalientes. I have one older sister, Juli Salazar, and one younger brother, Angel Salazar. I went to public school for all of K-12: Jackson Elementary, Richard Hull Middle, and Peachtree Ridge High. My home parish is St. Patrick’s Catholic Church in Norcross, GA.

Some of my interests include music and singing, soccer, and the occasional camaraderie. Some of my favorite artists include: Panic! At the Disco, Frank Sinatra, and of course Vicente Fernandez. I’m a big Atlanta United fan and Club America fan. I’m a big Marvel super fan and my favorite superhero would have to be Dr. Strange in his ability with the Mystic Arts. I also enjoy activities such as riding rollercoasters and go-karts, lunar mini golf, bowling, and site seeing.

One of my favorite Scripture verses is, ”Like the deer that yearns for running streams, so my soul is yearning for you, my God.”

My favorite saint is St. Josemaria Escriva. He was a Spaniard born priest who, in his early years as a priest, formed an institution by the name of Opus Dei. Overall, one of his main works as a priest was the composition of his book called The Way which is one of my favorite spiritual books to this day. I first learned about him in a movie called There Be Dragons that portrayed his life during the Spanish Civil War and the forming of Opus Dei. He, along with many other saints, inspired me to discern the priestly vocation.

I was about 8 years old when I first started to think about the priesthood. The day after I received my first communion in the 2nd grade I had started altar serving for my home parish. It wasn’t until I entered high school where my desire for the priesthood grew into a discernment. There were many opportunities, retreats, and activities that I attended which introduced me to many other people discerning as well. One of my favorites was the Come and See at St. Joseph Abbey and Seminary College during the spring semester of my junior year. Another was the Quo Vadis discernment retreat for high schoolers held in Atlanta. During my senior year of high school, I had received the application to apply and was accepted to be a seminarian for the Archdiocese of Atlanta. I went to Saint Joseph Abbey and Seminary College for 5 years and eventually graduated with a Bachelor’s of Philosophy and the Liberal Arts. I am currently at Notre Dame Seminary studying Theology.

Being in seminary has been the most joyous time I’ve lived. I could not imagine anywhere else I would be for discernment. I have met so many incredible and loving people here and at my previous parish assignments over the summers. I have grown so much while being here and have felt loved by many people. I can’t wait to meet more of the loving and faithful people of Atlanta in future assignments!

Throughout my time in seminary formation, I have become more appreciative of the different work priests do throughout the Archdiocese of Atlanta. From being a pastor, parochial vicar, chaplain, and even a director of some sort, I have encountered the many different assignments priests have. In this sense, this is what I am looking forward to the most about the priesthood. There is so much work being done in Atlanta, that I would happy to be open for any opportunity of serving the people of Atlanta.

For a long time, I have waited to apply for the seminary formation program and it was very tedious especially when events such as college/job fairs were hosted at my schools. However, I don’t regret the time I had waiting because it gave me so much more appreciation of being a seminarian for Atlanta now. Some advice I would give to guys thinking about the priesthood would be to start or continue to work on their prayer lives. Prayer, overall, is a major key to discernment and time well spent with the Lord will bring peace and gratitude for their vocation. Another piece of advice I would give guys is to be yourselves and really bring out your talents because this is what ultimately makes you a unique person and connects you well with other people. With this is mind, I think, is to really find a good hobby to work on if you already don’t have one. Whether it be sports, arts and crafts, music, or even computers, having interests is also part of the priesthood. Finally, just give seminary life a try or in the least a consideration. I am open to talk with guys who are thinking about it and share some my experiences. I am praying for all those who are discerning the priestly vocation and to hope to meet some of them in the near future! God Bless! 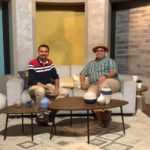 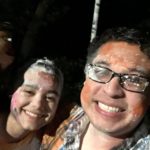 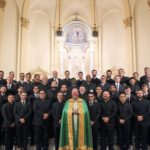 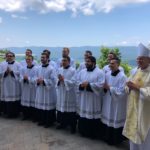 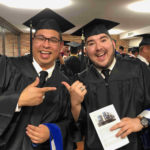 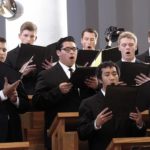