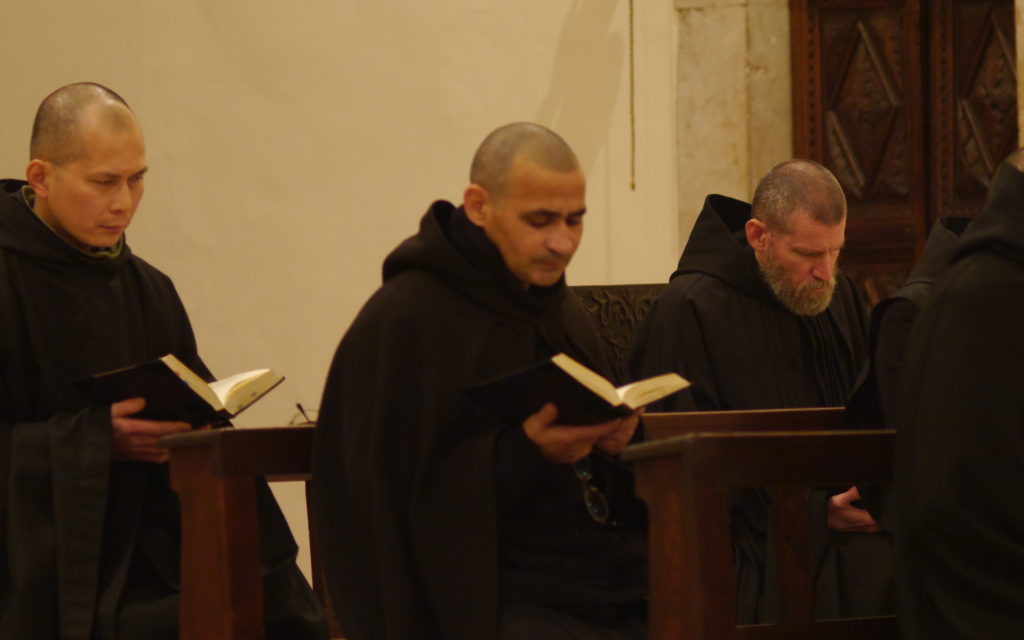 What is consecrated life?

In responding to their baptismal call, some men and women join religious communities in order to consecrate their lives to God as a way of seeking holiness. To consecrate something means to set it aside or devote it to a holy purpose. When a man or woman decides to accept Christ’s invitation to leave everything and follow Him in a more radical way, they make vows to live like Jesus in poverty, chastity, and obedience. They participate in a ceremony in which they make this commitment, much like a married couple exchanges their vows on their wedding day. They promise Christ that they will live the rest of their lives dedicated exclusively to Him. These vows help them to live simply, to be more open with God, and to depend totally on Him.

What is a Religious Sister? 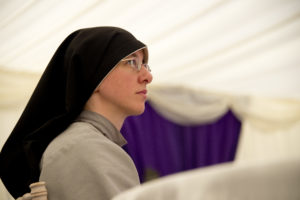 A woman religious is a member of a religious congregation who shares in a particular apostolate.  After a period of promising simple vows, the sister makes perpetual simple vows for life. These vows are poverty, chastity and obedience. Most of the institutes whose members are called Sisters were established since the nineteenth century.  Congregations of sisters typically live and are active in the world.  They serve in a variety of active ministries reaching out into the world to assist the Church in a variety of areas: health, schools, parishes, etc.

While the titles are often used interchangeably there is a difference.  Nuns take solemn vows of poverty, chastity and obedience and live a contemplative lifestyle most often in a cloistered environment.  They live a life of silence and prayer.  They engage in some work to help support themselves.

What is a Religious Brother?

A brother is a single, Catholic layman who lives his baptismal commitment by joining a religious community of vowed members dedicated to serving God and those around them. Religious brothers profess the evangelical counsels (vows) of poverty, chastity, and obedience. They also commit themselves to a life of ministry, prayer and Gospel witness within the context of community.

A brother lives in a religious community and works in nearly any ministry: teacher, cook, lawyer, etc. Brothers do not feel called by God to the ordained ministry as priests and deacons are. Thus, since brothers are not ordained, they are not sacramental ministers.  A religious priest takes the same vows as a brother and may also work in a variety of positions, but he is also ordained to the priesthood and serves as a sacramental minister.

What is the difference between a Diocesan Priest and a Religious Priest?

A diocesan priest ordinarily serves the church within a geographic area called a Diocese. He ordinarily serves the people as a parish priest, but he may also be involved in many other forms of ministry like teaching, hospital ministry, campus ministry, or prison ministry. Diocesan priests make promises of celibacy as well as obedience and respect to their bishop. They do not make a vow of poverty, but are to live simply so they can be of service to God’s people.

A religious priest is a member of a religious congregation whose ministry goes beyond the geographic limits of any diocese. A religious priest seeks to live a life of poverty, chastity, and obedience within a community of men. The community shares a common vision and spirituality and often emphasizes a particular type of ministry.

What is a religious community?

Groups of men or women who live under a religious rule and who publicly profess vows of poverty, chastity, and obedience form a religious community.  They are referred to as an order or congregation who are recognized by Church authority. Religious communities typically follow the rule of their founder, which can be apostolic and characterized by working in the world, or contemplative, which is characterized by a life of solitude and prayer.  One way to identify an individual’s connection to a specific order or congregation is by the initials following their name, which identifies the order to which they belong.

What are vows and what do they mean?

A vow is a public sacred promise or commitment made to God with the approval of the Church.  The vows of poverty, chastity, and obedience are also known as evangelical counsels; they may be taken for one, two, or three years, depending upon the decision of the community and the individual. These promises are renewable for up to nine years. As soon as three years after making temporary vows, a person can make a promise to live the vows for life.

What are the formal stages in joining a religious community?

The time frame is dependent on the religious community but always includes: Postulancy or Candidacy; Novitiate; First Vows – Temporary; and, Final Vows – Perpetual.

How do religious communities come to serve in a Diocese?

To find out more about Consecrated Life and religious orders serving in Atlanta, see archatl.com/about/religious-orders/